We flew from Nashville to Philadelphia on American Airlines and Philadelphia to Rome on British airways. It was about an 8-hour flight overnight into Rome. We arrived around 9 am and after collecting our luggage we put on a red Viking sticker so they would spot us as we exited baggage claim.

Once we saw the Viking team, they took our luggage and led us to a bus that took us an hour and a half to the port, Civitavecchia. I’ll tell you, after not sleeping well on the plane and being a little out of it, it was nice to have transportation already taken care of!

Once you arrive at the port, you check in with your passport and get your ship card. That’s a card you keep with you the entire time and scan to get on and off the ship. Walk through a metal detector, go up the stairs and you’re in! We sailed on the Viking Jupiter for their Iconic Western Mediterranean Cruise from Rome to Barcelona.

This eight-day cruise features France’s famed southern coast and Italy’s Renaissance treasures. On the journey, you Immerse yourself in Catalonian and Tuscan art, architecture, and history during overnights in Barcelona and Tuscany. In the South of France, call on historic Montpellier and picturesque Marseille, and visit Monte Carlo, Monaco’s glamorous city by the sea. I’m excited to detail our trip and give some other details about our Viking journey.

Our room wasn’t ready when we arrived so we went to a demonstration that showed how to put on your life jacket and where to go in case of an emergency. We also had lunch in the World Cafe and were able to get some coffee to perk up a little bit. Once our room was ready, our ship key let us in and our bags were already in the room. Once we got settled and showered we took a nap and relaxed.

Normally if you want to see Rome you would fly into town a day or two early as an extension and see the city that way. Unfortunately, we couldn’t sail our first night due to a storm so we stayed in port and got to do Rome the next day.

We hit up the Restaurant for dinner. On Viking, food is covered for all three meals as well as coffee, wine, beer, soda, and water. The house wine is covered but if you want a cocktail or another wine other than the house red or white it’ll charge to your room.

The first night’s sleep was hard since I woke up wide awake at 2 a.m. due to jet lag. But we had room service deliver our breakfast and a pot of coffee and I was ready for our excursion for the day, Rome on Your Own.

Each morning for the excursions, you get a newsletter delivered to your room called the Viking Daily. It tells you the time and place to meet that morning for your excursion. You also have headsets in your room and you’ll bring your headset with you on your excursions. The guide uses them to talk to you and give out information. When you arrive in the designated area they tell you which bus you’ll be on and then call everyone in the group to leave the ship and head to their bus.

From the port to Rome it was an hour and a half to get there. On the way into the city, the tour bus guide gives you a map with emergency numbers, where the meeting place is, and places they recommend visiting. The bus dropped us off in front of the Vatican and we had six hours to ourselves to explore and see what we wanted to see.

We did some window shopping at notable Italian Fashion Houses like Gucci, Prada, Missoni, and Fendi. We also saw the Spanish Steps, Trevi Fountain, and Pantheon.

Once your time was up, you meet up with your group at the Vatican and drive the 90 minutes back to the ship. We had dinner in the Restaurant and the ship left the port for Florence. The water was choppy and it stormed throughout the night but I took Dramamine and wore seasickness bands and slept better than the night before!

The next morning we were in Florence, well technically Livorno the port. We caught an early bus and drove two hours to Florence. Today our tour guide’s name was John and he was such a gem. He shared history and different facts as we drove into Florence and had the map marked with his favorite places to eat, shop, and see. Ask for him if you do Florence on your own tour!

Once we got to Florence, our meeting up point was Santa Croce and with that, we were on our own. We saw the Duomo, the fountain of Neptune, Piazze Della Repubblica, and Ponte Vecchio.

We hit up some of my favorite spots on my previous trip to Florence like Gustapizza, Move On for records, Street Doing Vintage Couture for vintage designer pieces, and La Prosciutteria for wine and charcuterie boards. Florence is such a small city, you can do a lot in one day! Just know if you’re heading into any cathedrals or places of worship, your shoulders and knees should be covered.

We only had about five hours in Florence before we had to make the two-hour drive back to Livorno to get back on the boat before it left port. We got back just in time for sunset and got to wander around the top deck of the boat to see the indoor pool, and a sports deck with shuffleboard, ping pong, and bocce ball. The sunset from the top deck is incredible! The Viking Jupiter also has an indoor pool for use.

We were tired from our day in Florence so we ordered room service and watched movies. The water was much calmer this night and we slept so much better!

On day 3 of the cruise, we woke up in Monaco and Monte Carlo. The South of France is such a beautiful country. One day is all you really need in Monaco. We did a walking tour this day and our guide, Michele, knew everything this is about the royal family and the history of the Montagues people.

It was such a beautiful day and we learned that May is the rainy season. It only rains a month a year and the rest of the year is clear. We were here on a Sunday which is the perfect time to come. There were lots of boats on the water and the streets and the market were clear with the exception of tourists. Our excursion was only three hours this day and we got right off the boat to begin our tour. There were lots of other excursions around Monte Carlo and Monaco on this day but we booked too late and they were full already.

I’m a huge fan of Grace Kelly so it was so interesting to learn more about her as princess of Monaco and the royal family and their history with the country.

The next day we woke up in Marseille. We had the morning to ourselves to read on the deck and enjoyed a leisurely brunch. Today’s excursion was Scenic Marseille. Three-hour bus tour with stops along the way. This was an included excursion with Viking and the only one available since the other ones booked up quickly. To be honest, I didn’t love Marseille, it was crowded and super touristy and just not as quaint and charming as the other places we have visited so far. We talked to other people who did the excursion into the mountains and loved it.

Another storm was coming in so we couldn’t make it to Montpellier. So our option was to do a half day in Marseille the next day. We decided we had enough of Marseille and took the day to explore the Viking Jupiter Cruise ship. We walked the jogging deck, lay by the pool, got in the sauna, and enjoyed a facial at the Nordic spa. In the afternoon we left for our final stop, Barcelona!

When we docked in Barcelona, we were one of the first groups off the boat. We did the 8:30 am Iconic Barcelona tour. This was a four-hour tour that was a mix of seeing stops on the bus, walking a short distance to a place, and then having a small amount of free time. We stopped at La Sagrada Familia and the cathedral in the Gothic Quarter. I saw these spots when I was in Barcelona earlier this year but it was nice showing them to my mom.

Once our tour was over, we hopped on a complimentary shuttle and headed to Casa Batlló. We did the audio tour of the house and then got some tapas and cava at a local restaurant. The night before you leave, you leave your luggage outside your door and the crew will pick it up and have it ready for your on your bus the next morning.

When you leave the Viking Jupiter, you have to be off the ship by 6:30. We had a color and a number and the ship calls you off, loads you onto a shuttle, and takes you to the airport. They bring your bags in where you collect your bag and check into your flight.

Can they accommodate my dietary requirements?

Yes! Every meal has vegetarian options. You can also let them know 90 days before departure so they can accommodate you.

Are laundry facilities on board?

Self-service launderettes including irons and ironing boards are located on Decks 3–6 and are free of charge, with detergent available for your use at no additional fee.

Are pets allowed on the Viking Jupiter?

No pets or other animals are allowed on board the ship, other than service animals and certified therapy dogs. But if you do you have to fill out a form and let Viking know before your final payment is due.

On the Jupiter ship, you’ll find a fitness center, hair salon, living room area with puzzles and scrabble, shops, a theatre, an indoor pool, an outdoor infinity pool, and a spa. If you like night activities, on board you’ll find various evening activities like trivia, dancing or a movie in the theatre.  There are also a ton of places you can get food and drinks, you’ll find them listed below! But keep in mind, it’s nice to dress up at night. A lot of the restaurants don’t allow you in jeans or shorts.

If you’re a person who likes having your itineraries all planned out and a lot of the stress of trip planning done by someone else. Viking Ocean Cruises is a great option. It’s also great to have your bags stay in one place and see multiple countries at the same time! If you’re interested in other Viking Cruises, check out their other cruise ships  (like the Viking Mars or Viking Neptune) for more information. 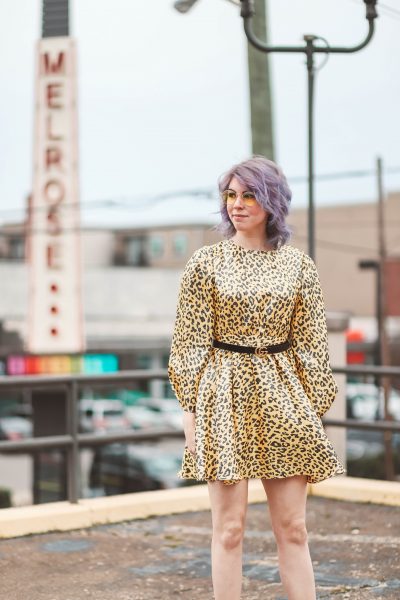