As you know, I made a quick stop in London in April with my mom. Due to time I didn’t get to see a lot of the area but knew I loved it. We did visit Windsor Castle and that was definitely worth a visit. I’m glad Tim and I were able to stay for a few days and explore before heading to Greece! Today, I’m sharing the highlights of our three days in London in September and why it’s one of my favorite cities in the world.

What to Do Visiting London in September

On our first day, we arrived at Gatwick Airport around 9:30 a.m. We were tired and jet-lagged but didn’t want to take an expensive taxi to our hotel. So we took the train from Gatwick to the Victoria stop. The train and subway in London are incredible, I sometimes wish Nashville had this so I could get from point A to point B quickly without being in traffic!

We got to our hotel, The Belgrave, and had an hour to kill before our room was ready. So we went to a pub down the road and got burgers and fish and chips to hold us over.

My trip to overcome jet lag is something my mother-in-love shared with me. Take a 1-2 hour nap as soon as you arrive and don’t go to sleep until it’s bedtime. Well, it was the best two-hour nap in our lives! We were still groggy when we woke up but got up and decided to walk around. It was a Sunday and pretty busy but managed to see Parliament, Big Ben, Westminster Abbey, and other London-y places. We did pretty well for ourselves and went to bed late!

On our second day, we woke up pretty refreshed and not too jet-lagged. Since the Queen is at her summer home in Scotland, we were able to grab breakfast and get to Buckingham Palace for a tour. We’re not usually museum/tour people but enjoyed the self-guided headset tour that Buckingham provided! The tour was informative and they had a great exhibit on Queen Elizabeth’s style throughout her reign.

We walked around more and found some fun things before realizing we were famished. We stopped at an Italian restaurant called Bella Italia and I ate almost an entire pizza on my own!

After this, we walked around Oxford Street and Regent Street and shopped. Can you say hello Topshop?!

We also found China Town and Soho and enjoyed walking around and taking in the sights.

One of our goals was to ride the London Eye at sunset. The view was absolutely incredible.

After riding The Eye we grabbed dinner at Mexican restaurant Wahaca and grabbed froyo at SNOG, a frozen yogurt double-decker! London has the best street food and we ate so well on our trip.

Our last day in London we had a delicious breakfast a Pimlico Fresh.

On the other side of the bridge, we saw Shakespeare’s Globe and had Memphis BBQ at Porky’s.

Then we walked across Millennium Bridge and walked to St. Paul’s Cathedral.

Next, we walked around Covent Garden (which is like a market/mall) and holed up in a cafe, and listened to different performers. One man sang Opera and then a group of violinists played!

The last thing we did was get tickets to see Aladdin at Prince Edward’s Theatre. I’m a Disney girl and Aladdin is my favorite movie! I was freaking out the entire time and singing along. It was magical!

London is definitely one of my favorite cities and I was so sad to leave! Hopefully, I’ll be back across the pond again soon for London Fashion Week and to take in a show at Royal Albert Hall.

It was beautiful! It was sunny with temps in the seventies. Towards the end of the month it may start dropping to the sixties and get a little chillier at night.

What’s the best part of the city to stay in?A

A few cool places to stay in is West End, Westminster, Soho and Kensington.

How far in advance should you book September London?

Most travel sites say to book six months in advance.

When is the best time of year to visit London?

September to October is the best time to visit London.

If you’re looking for more European travel guides, check out some other spots I’ve visited!

A Week in Santorini

What to Do in 3 Days in Madrid

How to Spend 3 Days in Barcelona

My Travel Guide to Tuscany 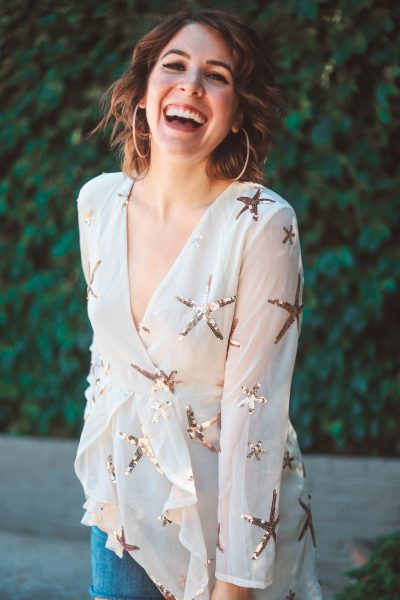 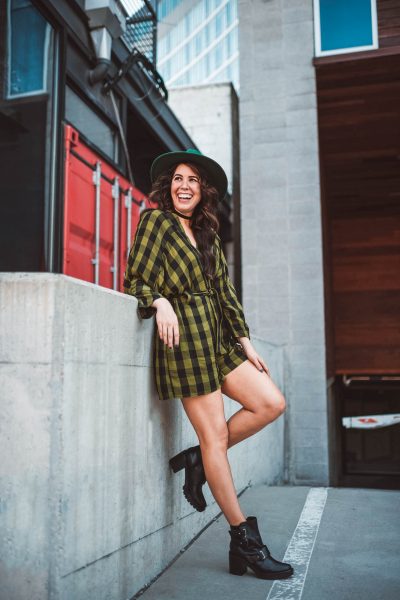 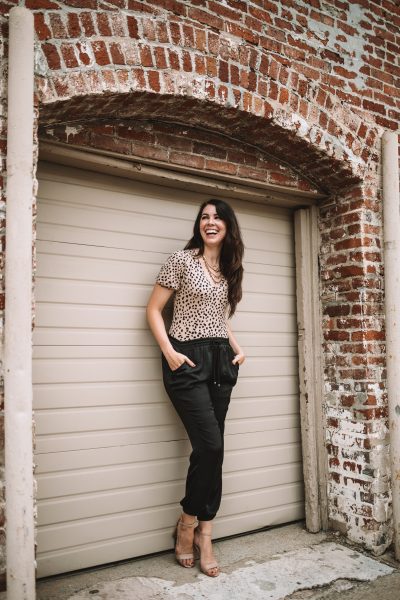